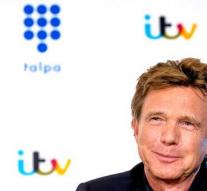 - Media company Talpa of John de Mol looks down on his offer to the Telegraaf Media Group, publisher of, among others, The Telegraaf.

That says Talpa Holding Wednesday evening. Media company TMG is taken over by the Belgian publisher Mediahuis that was involved in a bidding struggle with Talpa in recent months.