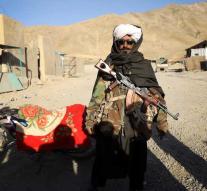 kabul - The radical-Islamic Taliban have resumed fighting in Afghanistan before the official end of the ceasefire. After three days of peace because of the Sugar Festival they attacked late (local time) targets of security forces in the provinces of Kandahar and Helmand. Among other things, the channel 1TV and the Pajhwok news agency have announced this.

The terrorist organization had proclaimed the file unilaterally, after the Afghan government had inserted a fire break until June 20. President Ashraf Ghani prolonged this Sunday for another ten days, but did not get the Taliban. Army and police units that are attacked will shoot back to defend themselves.