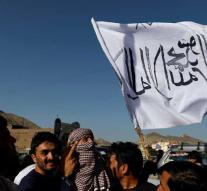 teheran - Representatives of the Taliban arrived in Iran on Sunday to negotiate peace. A spokesperson for the Iranian foreign ministry said this on Monday.

The talks should determine the possibilities for negotiations between the Taliban and the Afghan government.

The Islamic movement is conducting a guerrilla war in Afghanistan. The movement controlled large parts of the country, but was pushed back by an international force. For several years, the strict-minded Taliban have been regaining ground.