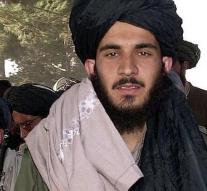 kabul - A prominent leader of the radical Islamic Taliban believes that peace negotiations with the Afghan government can have success. Muhammad Sayed Tayeb Agha, who was until recently the head of a political think tank affiliated with the Taliban, which has made it known in an interview via e-mail with the New York Times.

The newspaper has finalized a letter Agha, a confidant of Taliban founder Mullah Omar deceased in 2015, sent to the current leader Mawlawi Haibatullah Akhundzada. In it he criticizes the excessive force is being used against aid workers among others, the mosque and random travelers, as well as the indiscriminate bombing of roads and bridges.

That the rebel movement absolutely do not want to talk about a possible solution as long as there are American troops in the country, according to Agha less strongly than is often claimed. Inside the Taliban were divided on this. He urged the leaders to leave their safe havens in Pakistan to ensure that the neighboring country will impose things that are not in the interest of the organization or Afghanistan.