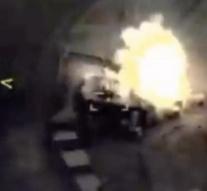 damascus - The Syrian army has recast a strategic oilfield on Islamic state. The Teym field near the eastern town of Deir al-Zor was taken on Saturday.

The Syrian government leader also claims the intake of a major highway that runs from Deir al-Zor to the place of May-Maya. Al-Mayad is the city where some IS members pulled back after the regular army broke the defensive line of Deir al-Zor's terrorists. It may take a while before all IS terrorists have been expelled from that city.

In the vicinity of Deir al-Zor, beside the oilfield is another airport still in the hands of IS.