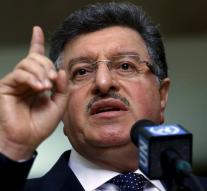 london - The Syrian opposition says if she gets anti-aircraft missiles, they can defend citizens against Russian air attacks. Also, weapons will not fall into the hands of other militants.,, That would solve the problem of Syria, '' said spokesman Salim al-Muslat opposition backed by Saudi Arabia.

According to him, would help ground-to-air missiles to defend against all aircraft, including Russian, who attack the civilian population.

Riad Hijab, the former Syrian prime minister who now leads an opposition council, added that should stop forcing the United States and other Western powers, Russia and the bombing of civilians.,, It is the job of the United States and the friends of the Syrian people at the UN Security Council to tell Putin that this has to stop, '' said Hijab.