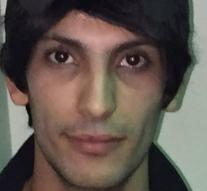 - A gay Syrian is killed brutally in Istanbul. His decapitated and mutilated body was found in Yenikapı district. There is no one picked up.

The man is identified by his family as Wisam Mohammed Sankari. They say to the Turkish gay rights organization kaosgl. org that he had previously been the victim of a gang rape. His friends also say themselves to be threatened by violent gangs.

Sankari arrived in Turkey last year. He tried as refugees to another country to travel because his life was in danger, writes kaosgl. org.


About five months ago Sankari would be kidnapped, abused and raped, says one of his friends. 'We have reported to the police headquarters, but there was nothing. '

According kaosgl has in recent years an increase in the number of hate crimes against gay people in Turkey. Just the organization saw last year 5 murders, 32 assaults and three suicides. In the past six years would be more than 50 of these 'hate killings were committed.

According to the BBC run Syrian LGBT refugees at even greater risk because of uncertainty about their legal status, and they often have no papers. Moreover, they do not move as quickly to the police.