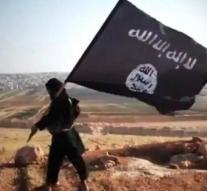 beirut - The Syrian army, together with units of allies, has surrounded the city of Al-Mayadin, southeast of Deir al-Zor, in the east of the country. That reported the army on Sunday. Al-Mayadin is one of the last Islamic state (IS) bulwarks in the area.

From that city, IS organized counter attacks after the loss of land earlier this year.