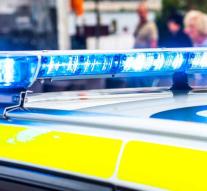 stockholm - Sweden has arrested a suspected Russian spy. The suspect was arrested in Stockholm on Tuesday, police said Wednesday.

The suspect would have been involved in criminal activities since 2017, according to the security police. She refused to give a name of the suspect. It is also unknown whether it is a man or a woman.