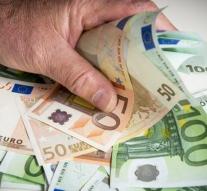 amsterdam - Some Belgian companies in telecom, diamonds and chemistry have received suspicious payments from the regime in Azerbaijan.

According to the Danish newspaper Berlingske and De Tijd in Belgium, local politicians have been bribed.

According to the newspapers, more than twenty companies became involved, including Belgacom International Carrier Services, the chemical company Solvay and a diamond in Antwerp next to the radiator Jaga.

The payments were hidden through bills to Estonia, returning to a British company.

The accounts, according to the newspapers, included smearing money to European politicians who helped the authoritarian Azerbaijan regime.

For example, Time refers to Italian politician Luca Volontè, who, according to the copies, received over € 2 million from four bank accounts for Azerbaijan hand and spares in the Council of Europe.

The money on the bills would come from arms deals. The companies concerned say about the Time of Nothing of the Payments.