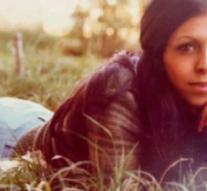 the hague - The suspect of the murder in 1990 at Miriam Sharon in The Hague remains stuck. The court filed a request from his lawyer on Friday to lift the provisional detention.

The suspect, 53-year-old Daniel E. of Israel, has been in this cold case for a year now. His lawyer Pim Scholte thinks that it is totally unacceptable because, according to him, there is no evidence of murder with premeditation.

Murder is the prosecution of the Public Prosecutor's Office (OM) and not the legally less severe death sentence, because it is overdue and consequently no longer prosecuted. Murder never triggers. The court still sees serious grounds for holding E., especially because its trial is almost starting, on October 30.

At that time, the victim was killed in a terrible way at her Regentesselaan. Her daughter was then sleeping. A motive has always remained unclear.

As announced, Sharon's physical surplus, which is in her native Israel, is dug up to investigate if her killer DNA is under her fingernails. This will take place in early September in the presence of Dutch researchers.

Lawyer Scholte hated the approach of the OM. Over 26 years ago, his client was also suspicious of someone else who has died now. That research did not lead to anything. Now, DNA has been found of him on a punch and a shack, but according to Scholte, that can never lead to evidence of murder. Also, all recordings of old audiences do not exist or they are not properly listened. He calls the prosecution a prosecution for police and justice.