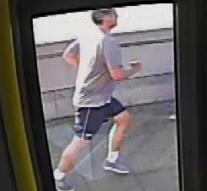 london - The 41-year-old man suspected of pushing a woman on a bridge in London for a bus was released. He is no longer suspicious of the fact.

English media report that the resident in London has successfully shown that at the time of the incident he was not in the city but that he was in the United States.

Video shows show that the woman was pushed from nothing while jogging. Then she fell off the sidewalk partly on a busy road. Because the bus driver responded quickly, the woman did not suffer serious injuries.

The incident occurred last May, but the arrest left months on its way. Agents arrested the suspect Thursday in the Chelsea district after public opinion. The police are not yet a new suspect on the track.