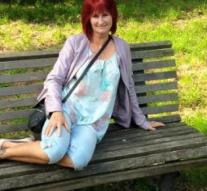 rotterdam - The custody of the 29-year-old man from Schiedam who is suspected of involvement in the death of newspaper girl Anita van Dijk, has been extended. The investigation into the crime continues, the prosecution reported.

The 51-year-old victim was stabbed on May 13 at the Pasteur Singel canal in Rotterdam. She walked out that day's newspaper district of her son. The woman died a week later from her injuries.

In response to the drama ran late May hundreds of people participated in a silent march through East Schiedam and Rotterdam Old Mathenesse.