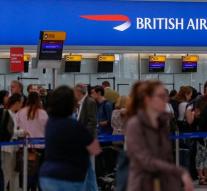 london - The British police again held a suspect on Tuesday in connection with the suicide bombing in Manchester. The 38-year-old man was arrested at Heathrow Airport. The police stressed on Twitter that the arrest was planned, and that the airport was not in danger.

So far, 19 people have been arrested for suspicion of involvement in the attack. Twelve of them were released without charge. Seven people are still in trial, the police said.