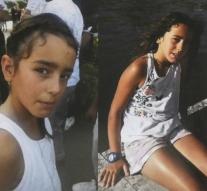 pont - The police in France resumed a 34-year-old suspect of the kidnapping of the nine-year-old Maelys on Sunday. In his car, DNA from the girl would be found. The man was released on Friday.

According to the French newspaper Le Dauphiné Libéré, the man is now being charged with abduction. The girl disappeared a week ago at a wedding in Pont-de-Beauvoisin. Since then every track is missing. For a week, the surroundings will be eliminated.

The man was present at the wedding. He has so far denied any involvement. No DNA traces were found on his clothes, but he stated that he had driven home during the party to wear clean pants. It would be beneath the wine, but these short pants have not been found yet.

Pont-de-Beauvoisin is located near the cities of Chambery and Lyon.