Home / World / Suspected MH17 in the Netherlands for judge 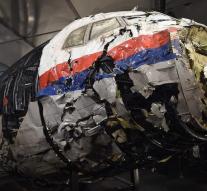 - Suspects of the MH17 disaster will be prosecuted in a court in the Netherlands. The judges will rule out the Dutch law when determining the sentence. These have resolved the five countries that are investigating the disaster, reports the Volkskrant.

The Netherlands is conducting the criminal investigation into the withdrawal of MH17 with Australia, Belgium, Malaysia and Ukraine in the so-called Joint Investigation Team (JIT).

On July 17 it was three years since Malaysia Airlines MH17 flight was shot down in the war zone in eastern Ukraine. All 298 occupants, including 196 Dutchmen, came across.

With the choice for a Dutch court comes a long ending diplomatic sting about the way in which the MH17 guilty trial is being tried.