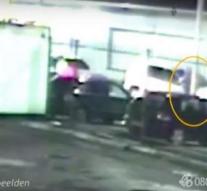 tilburg - Two suspects are stuck on suspicion of involvement in the death of Tilburger Lou Herst, who was found heavily in January in the car park of a snooker center in the city. That made the police known Tuesday evening. The persons are in restrictions, which means they should only be in contact with their lawyer. Further information can not be given to the police yet.

Herst, a 44-year-old Tilburger, died early this year a day after being seriously mistreated at the snooker center. Long remained unsure whether his death was caused by the abuse. Extensive research concluded at the end of March, and since then, the police have treated Herst's death as a crime.

The man was struck by at least two people in the parking lot in Tilburg. In the search programs, extensive attention was paid to the case. In addition to witnesses, the police also sought more information about a large cash amount that the victim had in hand. A prize of 15,000 euros was awarded for the gold tip.