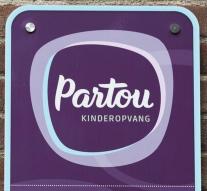 the bilt - The man suspected of uneasiness at an outpatient shelter (bso) in De Bilt stays fast for fourteen days. That has been decided by the Judge-Commissioner. The 27-year-old man worked as a pedagogical assistant at Partou Kinderopvang.

The OM announced Wednesday that the man from Utrecht is suspected of having performed two young children from one family with him. The incident would have taken place on the sports bso last week.

The Public Prosecutor's Office (OM) has no evidence that the suspect, who has worked for Partou for five years, has also committed anxiety with other children, but is investigating possible other incidents. To do this, his computer and phone are being investigated.