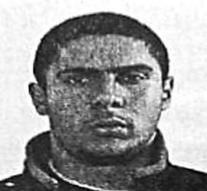 brussels - The main suspect in the attack on the Jewish Museum in Brussels two years ago, Mehdi Nemmouche (30) remains in custody. Brussels chambers extended his arrest Thursday by two months, reports the federal prosecutor.

In March, his lawyers filed a request for release, but this was rejected. The investigation into the terrorist act, which caused four deaths, were in the final stages. Two other suspects are still in jail and in January there is an international arrest warrant for a fourth possible suspect.

Nemmouche was arrested a week after the attack in Marseille. He IS in possession of weapons, ammunition and a flag of the terrorist group. Nemmouche hold since then the tight-lipped. According to his lawyers, there is no hard evidence against him, but the prosecution has continually renewed his arrest.