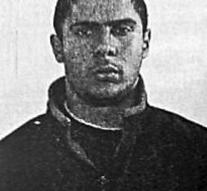 brussels - The main suspect in the attack on the Jewish Museum in Brussels two years ago, Mehdi Nemmouche, said for the first time about the case and announced that he was 'to some extent' was involved. That Belgian media reported. The 31-year-old suspect remains deny that he was the gunman in the attack which killed four deaths.

Nemmouche was arrested a week after the attack in Marseille on May 24, 2014. He IS in possession of weapons, ammunition and a flag of the terrorist group. He explained that he had found weapons and ammunition in a car in Brussels which was not locked but kept then continue his mouth.

The terror suspect has now admitted that he arms not just found and it is the first time since his arrest he says something about the case. 'He now realizes that those explanations did not make sense,' said his lawyer Sebastien Courtoy Thursday in Het Nieuwsblad.