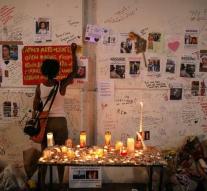 london - Survivors of the burned Grenfell flats in London receive an advance of a little 6,400 euros. The money is paid in two parts.

First 500 pounds cash, the balance will be transferred to their bank account.

In the meanwhile, the local government is looking for new living space. An attempt to accommodate victims in a high hotel failed because the Grenfell survivors are too scared to live in a flat.

Labor and opposition leader Jeremy Corbyn expressed a lot of criticism of his recent victim rehabilitation last weekend. He said that vacant homes should be 'emptied of wealth'.

The death toll of the fire raging in the tower last Wednesday is now 58. Later today, new figures will come.