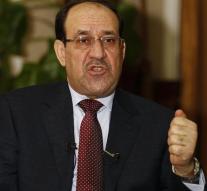 The peoples organization calls on the Iraqi government to stop these human rights violations. Sunnis also have better access to food, water and medical care.The population has both suffering from the ill-treatment by the Shi'ite-oriented Iraqi government as among actions of Kurds in the north of the country. The Sunni minority is to regularly accused IS supported.
NEW