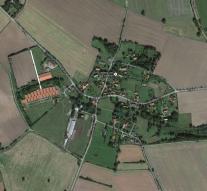 - The transfer of asylum seekers leads to similar situations in Germany and the Netherlands. Lower Saxony wants to catch a thousand displaced people in an empty factory building in a village where hundreds of people live.

It is the place Sumte on the northwestern shore of the river Elbe. The situation in Sumte is comparable for instance to the Dutch Oranje place where about 140 people live and where possible 1400 asylum seekers coming to wonen.Volgens the refugees to the province into an empty building with small offices.

"The State is aware that the merging of so many people in a relatively small town also a burden for the region and its people can be", said a spokeswoman for Lower Saxony.