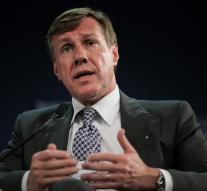 The 59-year-old Senn made Friday an end to his life in his home in the Swiss city of Klosters. Zurich Insurance said that they were shocked at the death of the former chairman.

Senn stepped down late last year when the insurance company, partly because of the failed takeover of British rival RSA. His departure took place under the supervision of President Commissioner Tom de Swaan, former CFO of ABN AMRO.