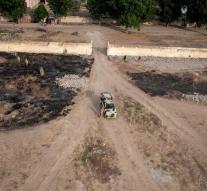 yaounde - A suicide bomber has blown himself up Sunday at a Christmas market in the city of Mora in the north of Cameroon. The terrorist and two visitors are thereby slain. Reported that an employee of the governor of the Far North region. Five others were injured.

Suicide bombers, presumably from the Islamist group Boko Haram, hold regular attacks in Mora, about thirty kilometers from the Nigerian border. Boko Haram has its roots in northeastern Nigeria, but the terror group also commits regularly attacks in neighboring Niger, Cameroon and Chad.