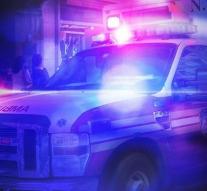 skowhegan - A man from the state of Maine who wanted to commit suicide decided to make this known to the authorities for a particular reason. He was organ donor and wanted his organs to be used well after his death. That's why he called 911 and said he had to take care of the emergency services.

According to police chief David Bucknam of the town of Skowhegan, the man was still breathing when the emergency services came to his house on Sunday night. A few minutes later, the man died yet.

In addition to the man's body a gun was found. The 911 call was made with a mobile phone that was found locally. The man discussed suicide in sms and emails.