Home / World / Submarine found that would have transported Nazi gold 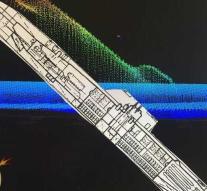 copenhagen - Employees of a war museum in Denmark found a mysterious submarine at the bottom of the North Sea that could have played an important role in the flight of Nazis at the end of the Second World War.

Since 1945 it has been buzzing with rumors that high-ranking Nazis with submarines have fled to South America. They would also have taken large quantities of gold.

At about eighteen kilometers north of Skagen in Denmark, a wreck of a German submarine of type U-3523 was found.

It was one of the new type XXI submarines of Hitler, which was specially designed to stay under water for a longer period of time. It could have sailed to South America without interruption.