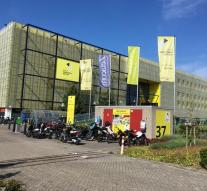 the hague - The supervisory board of the Hague University of Applied Sciences will investigate the atmosphere of the institution. A spokesman confirmed that to the ANP, after Broadcasting West had reported that management and management culture would be dramatically bad. The broadcaster bases this on an anonymous letter, which has been received by the board.

The transmitter shows a fragment of the letter: 'Critical minds are put on a sidewalk, pinned away, replaced. Anxiety, intimidation, vilein games, conflicts of interests, financial opacity and other forms of deceptive action are 'bon ton' and characterize the culture of governance. '

The supervisory board now mentions the choice now. 'There are quite a few allegations and we can not just put that away. 'The facts must be on the table,' said the spokesman. According to him, the letter is the only reason for the investigation. But one needs an answer: 'We do not know who, because he is anonymous. '