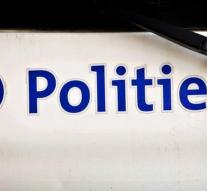 aalst - A 19-year-old student of a school for special education in the Belgian town of Aalst Thursday fired by his classmates. The teenager was taking second-degree burns.

It would be as declared by the juvenile offenders to a runaway joke. 'In the locker room of the practice premises began a game between a few students with a bus deodorant and a lighter,' said a spokesman for the school. while the victim's clothes caught fire. 'Students and teachers immediately served first aid, after which the boy was taken to a nearby hospital. 'The victim could in the course of the evening left the hospital.

The police took the two juvenile offenders for questioning. The management of the school is still considering to take disciplinary action.