Home / World / Student under fire after cheering about death IS 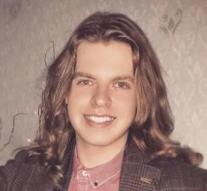 london - A strong testimony of political correctness in Edinburgh where a law student is under threat because he confessed to Facebook that IS terrorists were bombarded in Afghanistan.

A fellow student filed a complaint because the remark 'Islamophobia' would stir up. The University of Edinburgh agrees with her and is currently doing research against Robbie Travers, the Times writes. They must now decide whether the comment is a hate crime.

The 21-year-old Travers wrote last April after an attack by the Americans in Afghanistan: 'I'm glad we've been able to bring these barbarians closer to 72 virgins.'