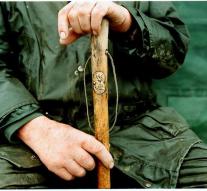 strasbourg - The rules for trade in goods which could be used to be tightened to torture and the death penalty. Parliament rallied Tuesday after a compromise was reached by Member States earlier this year. Examples include batons and shields with nails, certain types of handcuffs and electric shock belts for prisoners.

D66 MEP Marietje Schaakeis one of the driving forces behind the bill, which among other things includes a sales, advertising and transit prohibition. It trusts that the tightened export control rules enter into force rapidly. Amnesty International had insisted on closing the loopholes in the current European directive from 2005.

'It is essential that we continue to make the connection between human rights and trade,' said Schaake. 'We must ensure that we, as Europe use our economic power to strengthen our values ​​abroad and to enforce respect for human rights. '