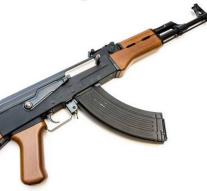 brussels - The European legislation on gun control will be tightened. Member States agreed on Tuesday to a political agreement earlier this month concluded between the European institutions.

Some semi-automatic weapons are banned to hunters and sport shooters and deactivated weapons must be registered in more cases. To trace weapons more manufacturers have to go mark and register the main components.

Even stricter rules apply to collectors and museums go. In addition, alarm pistols and converted firearms used in movies and theaters included in the directive weapon.

People who want to buy a weapon be required to undergo a psychological check in the future. Further work is made of linking national databases where weapons are registered.