Home / World / Still millions of people without power by Irma 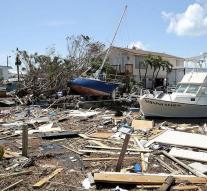 tallahassee - Millions of Americans are still in the aftermath of Hurricane Irma without power. It took about 5 million connections (around 10 million people) by utility companies on Wednesday morning.

The companies managed to connect to the electricity grid in millions of depleted people over the last few days. For example, about 7.8 million customers were left without electricity in Florida, Georgia and North and South Carolina on Monday.

Hurricane Irma caused a huge ravage in the south of the US. Energy company FPL, which provides nearly 5 million companies and households with power, expects most customers in the heavily affected west of Florida to run back on September 22nd. It can take even longer for large damage.