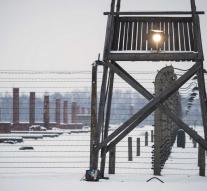 rostock - The former SS medic Hubert Zafke must answer for complicity in at least 3681 killings at Auschwitz- Birkenau to justice. The court in the German city of Rostock has determined that the man is healthy enough to stand trial.

The court thus rejected an earlier judgment of the court in Neubrandenburg that the health status of the elderly man stood trial in the way. According to the Prosecution Zafke knew he worked in an extermination camp, and he has the " camp organization to support " contributed to the destruction, the newspaper writes Bild Wednesday.

In 1948 he was already condemned in Poland to more than three years in prison because he had been a member of the SS. After serving his sentence, he returned home in Neubrandenburg.