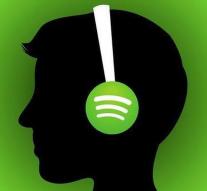 stockholm - Spotify has reached a new milestone. The streaming platform has more than 60 million subscribers, reports Variety based on numbers over July.

In March, Spotify announced that it had passed the threshold of 50 million paying users, which means that the Swedish company has received ten million new subscribers in the past four months. The total number of users was 140 million in June.

Spotify is active in 60 different markets and has a library of over 30 million songs.