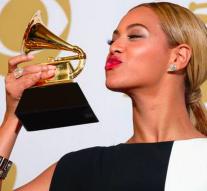 stockholm - Spotify has signed a license deal with Sony Music. That's right, Billboard and The Verge report. The details are not known.

Sony Music is the parent company of labels like RCA, Columbia, Epic and Roc Nation. Well-known artists who are contracted or standing at Sony are Adele, Taylor Swift, Beyoncé, David Bowie, Pink Floyd, Bob Dylan, Britney Spears, Katy Perry, One Direction, Whitney Houston, George Michael and Jett Rebel. The deal means that maybe maybe more of their music on Spotify can be found.

Spotify closed a deal with another major record company, Universal, a few months ago. The deal has agreed that Universal's new albums may be free for two weeks from the free version of Spotify. That means paying users have first choice.

Spotify is still talking to Warner Music, the third major society in the world. Among others, Bebe Rexha, Bruno Mars and Charlie Puth are contracted.