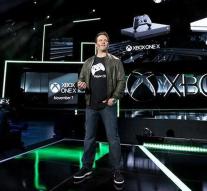 stockholm - It is now possible to listen to Spotify via the Xbox One without interrupting a game. The Spotify app is available in 34 markets worldwide in the Xbox Store.

Spotify enables gamers to personalize their games by using stored music, own playlists, or using Spotify's catalog. 'Music remains essential for the ultimate game experience', says Mikael Ericcson of Spotify. '' Now, we offer Xbox One gamers the opportunity to choose their own unique soundtrack while playing their favorite game. '

The music app can be downloaded from the Xbox Store. Users can log in to their own Spotify account or create a new account. The app can be operated via the Xbox One controllers or via Spotify Connect with, for example, a smartphone.