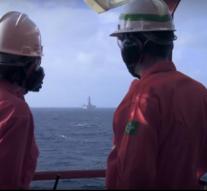 - The alleged financial mastermind of a major scandal involving the Brazilian oil company Petrobras has been arrested in Spain. That made the Spanish Interior Ministry said Tuesday.

The 43-year-old man is suspected of money laundering and the channeling of the equivalent of 14 million euros to political parties. He would also have paid bribes in the awarding of major contracts within and outside Brazil.

The arrest is a big boost for Operation Carwash, 'as is called the biggest corruption case in Brazil. At the bribery scandal surrounding the semi-public oil company Petrobras are probably involved dozens of politicians and businessmen.

One of the main suspects is former president Dilma Rousseff. They would have stopped an investigation into corruption in the oil company. In August, she was deposed by the Senate.