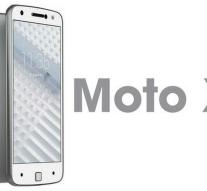 los angeles - The first specifications and images of Motorola's newest X-Series smartphone, the Moto X4, have been leaked. Android Authority announces that Moto X4 receives a 5.2 inch Full HD display and is inserted into a glass housing.

The Moto X4 comes in the colors Super Black and Sterling Blue on the market and is executed in four different configurations. Do not expect that means you have a choice because the configurations are intended for the four different markets in which the phone is being released. In all variants, a Qualcomm Snapdragon 630 processor comes with an Adreno 508 graphics chip. In Europe, North America and Latin America, the X4 is equipped with 3GB of RAM and 32GB of storage while Asia and Oceania get a Moto X4 with 4GB of memory and 64GB of storage.

The camera is 12 megapixels not very impressive and the lens resembles the Moto Z2 Force. The price of Motorola's new middle class is not known yet.