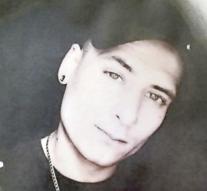 silifke - A specially trained dog comes to the Turkish Silifke to search for the missing Dutchman Joey Hoffmann in the mountains. The search must determine if there is no or no body in the region where 21-year-old Haaksbergenaar was last seen.

According to the police commissioner in Silifke, there are only two dogs throughout Turkey who have the level of training needed to search in the rugged hill area. One of these animals is present in Silifke today or tomorrow. 'The dog is specially trained in finding bodies in such an area. We do not want to say that we think that Joey is dead. However, we want to investigate all possible scenarios. '

The police have hitherto kept secret of the dog's arrival. 'If we had hung up in advance, people who committed a possible crime could still have the opportunity to erase their traces or adjust the situation. '

In this way, the chief commissioner also implies that the previously announced search for Joey is now forthcoming. However, when that begins, it is still unclear.

Joey was last seen on July 8 this year in the hills near Silifke. He camped there with Bjorn and Derya Breukers, who wanted to live on a remote piece of land. They are the last to see him: according to their explanation, their roads separated as they wanted to descend the hill through various roads.

Last week Saturday, a special rescue team with two detectives and drones sought the missing young man. That search, which took about 2.5 hours, did not provide any new clues. The police then announced that it was not necessary to search again in the hill area, but came back later.