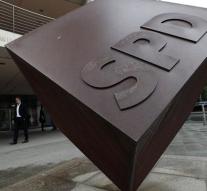 hannover - The German Social Democratic Party SPD won an election victory on Sunday in Lower Saxony on Sunday. According to forecasts from public broadcasters ARD and ZDF, the party received over 37 percent of votes, a clear profit over the previous elections in 2013 (32.6 percent). The CDU falls back 35 percent (2013: 36 percent).

The Greens, who ruled in the Netherlands-bound state with the SPD, deliver sharply, from 13.7 to 8 to 8.5 percent of the votes. They therefore remain Liberal FDP (7 percent).

The right-wing Alternative für Deutschland, which had not existed four years ago, will enter the state parliament with 5.5 percent. Those links do not get the voting threshold again by 4.8 percent.