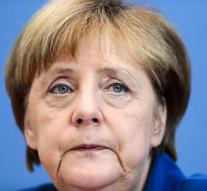 - After the Bavarian CSU also provides the social democratic SPD strong criticism of the asylum policy of Chancellor Angela Merkel.,, Simply a time to say 'Wir purchase das' (we get it done) and then the matter to be progressed, was a big mistake, '' said Vice Chancellor and SPD chief Sigmar Gabriel Sunday on the famous words of Merkel.

The decision is remarkable because Gabriel SPD bears the coalition partner of the CDU / CSU as well responsibility for refugee policy. But according to Gabriel late Merkel are many.,, You can not let a million refugees within the country and refusing to create the conditions for education, employment and security, '' the politician said in an interview with regional newspapers.

Interior Minister Thomas de Maizière, a party colleague Merkel, responded annoyed Sunday.,, No one said we get the links for each other. The chancellor is not, '' he said Sunday at Der Tagesspiegel.