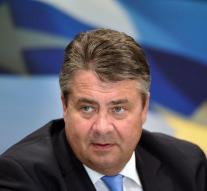 - The leader of the German Social Democrats, Vice Chancellor Sigmar Gabriel, on Saturday said that young Britons on the continent should be offered the citizenship of the country where they live. Gabriel spoke of a 'Europe Congress' of his party, the SPD, the British referendum on 23 June passed a small majority in favor of leaving the EU.

That brexit supporters won a majority, was mainly the result of the votes of older people in England, except the pro-European London. Gabriel said that 'young Britons better than the snobs of the elite know that it is their future.' Gabriel does not want Europe to pick up all the bridges, but that Europe is going to see what it's for the young Brits living in Europe, study or work can do to ensure legal certainty.