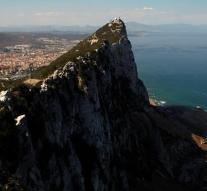 - With the departure of the UK from the EU Spain shall increase the chances to finally get back Gibraltar. This English rock at the same strait since the Treaty of Utrecht of 1713 British, but Spain claims it.

,, The moment the Spanish flag is hoisted in Gibraltar has come closer, '' said Spanish Foreign Minister José Manuel García Margallo, Friday in response to the British referendum on EU membership. He insisted on a kind of shared sovereignty in which Gibraltar would be both British and Spanish.

Almost voted for EU membership everyone in Gibraltar. The peninsula would become possible isolated without the EU. Claims on parts of the United Kingdom also sound elsewhere. Scottish politicians want a new referendum on independence because most Scots want to stay in the EU. In Northern Ireland, the republican party Sinn Féin Friday called for a referendum on unification with Ireland. In the British part of Ireland voted 56 percent of voters for EU membership.