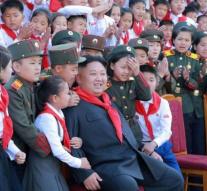 seoul - The South Korean army believes in the east of the country to have found a drone from North Korea. According to Yonhap press office, it is a device discovered in a mountainous area in eastern South Korea, at the border with North Korea.

The crashed drone was found in the province of Gangwon by a resident of the area. The projectile would resemble the North Korea drone who previously crashed into the sea for the Baengnyeong Island, west of the two countries.