Home / Tech / Sony will pay compensation for any hacking 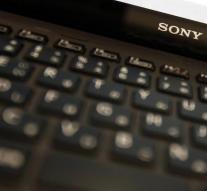 - Sony will total $ 8 million pay compensation to employees who were victims of the hack last November. It reports the BBC. Guardians of Peace hackers broke into Sony Entertainment in protest against the film The Interview about an assassination attempt on the leader of North Korea.

Employees had filed suit in December against their employer because Sony did not properly secure their private data. The group expressed its willingness each employee affected was to pay 10 000 dollars. The court thus agreed. Sony will pay not only damages but also ensures that the identity of the affected workers over the next two years remains secret. Incidentally, not all the money to the employees. Sony uses a portion of the $ 8 million to pay the legal fees.
NEW