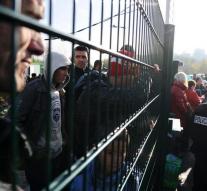 luxembourg - As a result of immigration, the European Union has a small population growth rate of almost 512 million inhabitants. This is evidenced by figures published by the European Statistical Office, Eurostat on Monday.

The number of babies born in 2016 is 5.1 million. That is almost the same number of people who died in the EU in 2016. The increase of one and a half million inhabitants to a population of 511.8 million on January 1, 2017 is due to migration.

However, a strong decline in population numbers experienced Bulgaria, Croatia, Latvia, Lithuania and Romania. Here, the number of inhabitants decreased by between 6.2 and 14.2 percent (Lithuania).

The United Kingdom makes efforts to step up the union. Without that country, the EU would have had 446 million inhabitants this year.