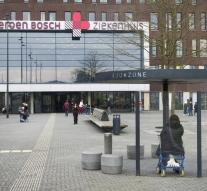 - The software should alert the Jeroen Bosch Hospital (JHA) in Den Bosch pay damages of 1.5 million euros plus interest. Which ruled the court in Den Bosch Tuesday. The compensation for the debacle surrounding the failed introduction of electronic patient records at the hospital.

In addition to the compensation Dutch / Portuguese company Alert must repay a sum of over one million it had previously received improperly.

Both parties were in 2008 teamed together for the introduction of an electronic patient record and an ICT system. According to the JHA lap Alert in implementing serious shortcomings and deadlines were not met. Nor did the software supplied.


The hospital broke the partnership and went to court in 2011. Who gave the JHA initially largely unsuccessful, but has been determined on appeal that the termination of the cooperation agreement it was justified.

The damage that the hospital has suffered through the failed introduction, amounts to over 24 million euros, last year became clear.