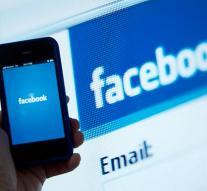 - Social media are blocked Monday in Ethiopia after admission examination papers had appeared on.

A spokesman for the Ministry of Education said that the blockade will last until Wednesday. The ministry also wants to ensure that students study harder if they are not distracted by the media. Ethiopia block more websites and blogs of government opponents, but censorship is not openly acknowledged. It's Monday for the first time that social media throughout the country officially 'closed'.