Home / Tech / So you claim back your right to privacy 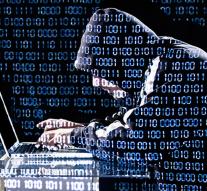 - Under the guise of security authorities of the police and intelligence agencies unprecedented powers. Right to privacy is the main pillar of a free country. And that law applies online. It is time to reclaim this right, especially if you feel you have nothing to hide.

That security and counter-terrorism be misused to restrict freedom, it is not a conspiracy theory but reality. Whistleblower Edward Snowden showed the world already see that the unprecedented dragnet surveillance of the NSA, the British GHCQ and their partners (including the Dutch AIVD) is often misused for (business) espionage and intimidation include journalists, lawyers and activists. These are human rights and international law pushed aside. Painful is that no terrorist act has been prevented by these years of espionage.

Also in the Netherlands is no evidence that the (now stranded) data retention - which stores all the Internet traffic of citizens - once solved a crime. Especially cost and no income so. And then we leave for the convenience of the security and unauthorized access to this immense amount of personal account.

Do you think your privacy is not as important and you have to have the view to hide nothing personal, you still do have the responsibility for the information of the company you work for, things that others tell you in confidence and so on. And finally, if someone constantly looking over your shoulder might note on the screen of your PC or smartphone, you would then like it? Why is it okay if it is done digitally and unnoticed?

The social consequences of a society that surrenders privacy are huge, but often difficult to imagine. Want to know more about how it disrupts a society and what exactly Edward Snowden has revealed? Then we have a few tips for you:

How do you protect yourself from a stalker who unnoticed proceed and is aware of no harm? Because as much as possible to erect barriers!

A first step is a sticker or cover for your webcam, but this of course has only a limited effect. The basis of up barriers lies with encryption. Decrypting your data is in fact possible, but takes a lot of effort and unless you are high up in the tree sits at a multinational or is suspected of large-scale criminal activity, it is often not worth it.

You can also encrypt your Internet traffic. By using a VPN connection, you are protecting your browsing data but also other Internet traffic, including chats and email traffic. There is also a different (or additional) barrier: a developer has to protest a free tool written on the background constantly generates internet traffic to pages from Google's news feed. This causes you bury real Internet under fake Internet.

Also, you want to protect your files, including personal photos, documents, email archives and so on. Snowden showed in his leaked documents show that using loopholes in your Windows PC can be broken ... what Linux directly put on the map as a safer alternative. The files in your cloud storage are prey for undesirables: your files are indeed on the servers of others, and you never know who's reach. That is anyway an important fact to always keep in mind before your Dropbox, Google Drive, OneDrive or iCloud used to store things in it. Here, too, therefore, security is a necessity.

But loopholes and vulnerabilities are not the only input. Technology companies and programmers can be in the US obliged to cede encryption keys via a special court, known as FISA Court. These companies are also heavy punishment as a penalty silenced. The only way you can safely encrypt your data with any certainty? Open source encryption programs.

Because the source code is public, independent security experts can review it. Are you sure that the software is safe? No. But tools whose source code is not public, such as BitLocker, you have less warranty. The best tool for your files, encrypt is TrueCrypt with USB storage devices or entire disks and partitions. A year ago, TrueCrypt currently in the news because the tool was mysteriously abandoned by its developers. But since it is open source software, is currently working on others, and TrueCrypt just download.

Protect files in the cloud

When you put files in the cloud, you lose control over who's reach. If you store files encrypted herein, pick back this control. With the free tool BoxCryptor is possible. This tool is not open source, but integrates seamlessly with major cloud storage services like OneDrive, Google Drive, Box, Dropbox, iCloud and more. There are also apps for your smartphone and tablet. But if you want more cloud security, then you better opt for SpiderOak. This cloud storage service stores everything encrypted, including your password. So you can be sure that they themselves never have access, and it also can not give to others. If you prefer totally in control, you can set up a cloud service with ownCloud itself.

Several times, governments caught on to install spyware on systems. Occasionally encounters an antivirus company for malware that is used by governments. They are usually quite sophisticated programs, which are difficult to detect. Therefore it is difficult to indicate how widespread these infections. A recent burglary at The Hacking Team, an organization that refurbishes this dirty work on behalf of governments, it appears that our national police as a customer was interested at least in these services. Many antivirus companies like ESET, G DATA claim to remove malware government when it is detected on your system. Or British and American fighters malware like McAfee, Norton or Sophos it legally can, is hard to say.

Netherlands has the dubious honor of being the country where calls are most often monitored by the judiciary. And while not exactly Netherlands Worldwide Chronicle as a criminal country. More and more communication but moves to the Internet and just like in ordinary conversations is the case, everyone has the right to keep it personal. In some countries, however, there is discussion to ban encrypted communication while intelligence agencies have no access.

Hillary Clinton threw a ball during an election, but David Cameron had a similar Orwellian plan. In the aftermath of the horrific attacks in Paris this autumn, the French forge a similar plan. While these terrorists - ironically - just text messages sent to each other. Without any wiser. In intercept Instead of targeting communications of suspects, the visor is aimed at intercepting any communication from anyone. However, what you end up in trust type, do not need a trawl and for tracking people who are suspicious indeed, justice has enough other legal methods that have nothing to do with your chat messages and emails.

Many communications are designed for convenience, not for security. But in e-mail traffic is to do a little extra safety: by using the PGP protocol, which encrypts the mail traffic between sender and receiver. How you do that you can read on our site. On your smartphone, you can use the app to see OpenKeychain.

There are - alongside surveillance - enough reasons to scrap WhatsApp. First owner: Facebook is a company that has little thinking on privacy and user-oriented. Moreover, the company has recently begun to actively censoring links to competitors. Try using WhatsApp to send a link to the website of Telegram, and compare it with a link to eg Facebook.

High time to yourself to move and most of all to bring your friends here. Signal is an app for iOS and Android that is very similar to WhatsApp and makes eavesdropping difficult. In Signal can - just like WhatsApp - videos, pictures and voice messages, and you can also internet calls. But then indeed safe.

Find also an alternative for FaceTime and Skype? Then you can with Jitsi started to make video calls safely. You also can read more about that here.

Of course, a smartphone the ultimate dream of every stalker. A microphone, cameras on the front and back, precise positioning through GPS, WiFi, Bluetooth and based on the connection to the phone mast ... moreover the battery in most cases also agree not to remove, so the unit always remains approachable. And we have not even mentioned the very personal information on it. Your smartphone you going to leave home but still not sure. How to safely email and chat we have just explained. But it is also of huge importance to store this data encrypted. On the iPhone, this happens naturally, Android (yet). Go to Settings / Security / Encrypt phone. Care course for a lock that has been locked, preferably with a PIN or strong password.

Can you be completely invisible to the data hunger of governments and secret services? No. The methods and tricks that are used often the imagination. But with these small barriers make it at least more difficult to make eavesdropping yourself, not only for governments and secret services (not just the Dutch, US and UK are at your data, but China and Russia are not exactly quiet ). An additional advantage is that the other datahongerigen, such as hackers and companies that sell personal information, even more difficult. In this article we highlight only a few first steps. Want a few steps further, please have a look here.